Famous Five Books to be Updated 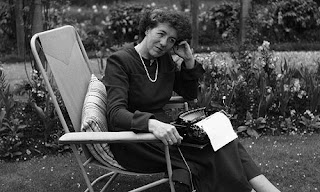 Farewell to the awful swotters, dirty tinkers and jolly japes: Enid Blyton's language is being dragged out of the 1940s by her publisher in an attempt to give her books greater appeal for today's children.

Starting next month with 10 Famous Five novels, Hodder is "sensitively and carefully" revising Blyton's text after research with children and parents showed that the author's old-fashioned language and dated expressions were preventing young readers from enjoying the stories. The narrative of the novels will remain the same, but expressions such as "mercy me!" have been changed to "oh no!", "fellow" to "old man" and "it's all very peculiar" to "it's all very strange".

The intention, said Hodder, is to make the text "timeless" rather than 21st century, with no modern slang – or references to mobile phones – introduced.

"The actual stories remain the same – there's no change to the plot whatsoever," said Anne McNeil, publishing director of Hodder Children's Books. "Children who read [the Famous Five books] need to be able to easily understand the characterisations and easily to get into the plots. If the text is revised [they're] more likely to be able to engage with them."

I hope that they keep the originals. I read most of them as a child.
hand crafted by Colin Campbell at 12:14 pm

These books sell quite well as they are now! I guess we will see if there is an increase in sales with the new dialouge.

Hmm it looks like your blog ate my first comment (it
was extremely long) so I guess I'll just sum it up what I had written and say, I'm
thoroughly enjoying your blog. I too am an aspiring blog writer but
I'm still new to the whole thing. Do you have any points for beginner blog writers? I'd certainly appreciate it.

Here is my web site ... workouts to increase vertical

Hello, I want to subscribe for this website to take most up-to-date updates,
therefore where can i do it please assist.

Hi, after reading this amazing post i am as well glad to share my familiarity here with mates.


Feel free to surf to my web site; How To Dunk

Amazing issues here. I am very happy to peer your post. Thank you a lot and I
am taking a look forward to touch you. Will you kindly drop me a mail?