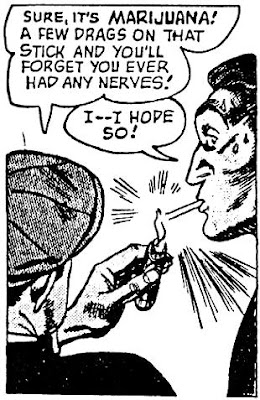 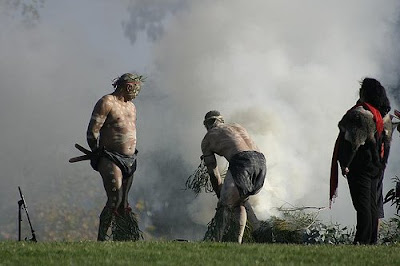 The Australian Government is set to host an Alternative Reality Summit in a bid to boost tourism and to counter the widespread cynicism about the proposed Capitalist Summit international swansong for Dubya .

"All this depressing stuff on world economic collapse is just depressing people" a spokesmen said. We will be providing important ways for people to get away from it all rather than being depressed, they can escape their grim reality.

A theme song has been approved, consistent with the current world mindset.

That's hilarious! I am just glad we have more time to prepare for it here. Least we can stock up on alcohol before the big DEPRESSION hits! I am sure its going to be more than a RECESSION! Do you know though, the more I think about it the more I think it could be a REALLY, REALLY good idea. Great post!

How bizarre to combine a traditional smoking ceremony which is meant to cleanse the person/place of evil spirits with that!

Wonderful beat ! I wish to apprentice while you amend your website, how could i subscribe for
a blog web site? The account aided me a acceptable deal.

Take a look at my web site ... easy diets that work

What's up to all, how is all, I think every one is getting more from this web page, and your views are good for new visitors.

Hello! I could have sworn I've been to this site before but after reading through some of the post I realized it's new to me.
Nonetheless, I'm definitely delighted I found it and I'll be book-marking
and checking back often!

I enjoy reading through a post that can make men and women
think. Also, thanks for allowing me to comment!

Hello There. I found your blog using msn. That is a very smartly written article.
I'll be sure to bookmark it and come back to read more of your useful information. Thanks for the post. I'll certainly comeback.

I got this website from my buddy who shared with me about this
web page and at the moment this time I am visiting this web page and reading very informative content at this place.

This design is spectacular! You certainly know
how to keep a reader entertained. Between your wit and your
videos, I was almost moved to start my own blog (well, almost.

..HaHa!) Great job. I really enjoyed what you had to say, and more than that, how you presented it.

Hi there, after reading this awesome article i am as well
cheerful to share my know-how here with mates.