In a major campaign shift to counter dismal polling, Honest John McCain's Shit Kicker in Chiefs have ordered more cod liver oil for the voters stuck in their castles of negative equity and defaulting credit cards.

Senator McCain said he intended to press Senator Obama on a variety of familiar Republican themes during this week's debate, accusing the Democrat once again of getting ready to raise taxes and increase government spending. 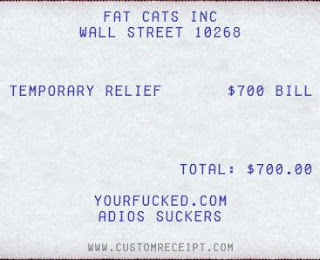 How stupid do they think swing voters are?

hand crafted by Colin Campbell at 5:20 am

Now I am going away to do my breakfast, when having my breakfast coming over again to read other news.


Feel free to surf to my weblog; Testoril Male Supplement