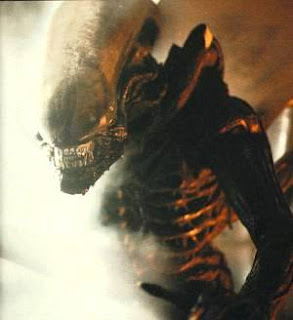 The South Australia State Government has rejected claims the true reason for the closure of the Simpson Desert Conservation Park is "the presence of aliens".
But Environment Minister Jay Weatherill told Parliament yesterday that he could "not entirely rule out the existence of aliens in the park".


"I wish to assure the House that, in fact, no aliens have been detected in the park. But I will qualify that," he said.
"This is Parliament, and it is important that I do not mislead the House. They (aliens) have not been detected, at least by officers of the Department of Environment and Heritage.

Talk about political spin. Hope that doesn't come back to bite (or zap) him later. That said, it does get hot in December and January. Really only suitable for camels and kangaroos.

Given the tough economic conditions and the challenges of attracting tourists to South Australia, there has to be an opportunity for Alien Hunting Holidays. Sort of the South Australian equivalent of Nessie. I mean there are only 176,000 square kilometres of sand to explore for extra terrestrials. That will keep some tour operators busy for a few decades.

Would that be the same desert they filmed the moon landing in, then? I mean, every South Aussie knows this has been goin' on forever. Except the Truro murderer. That guy knew nothin'. NOTHIN'.

You know, SA desert would be a great place for aliens to land undetected!

It's SO vast and empty!

I'm truly enjoying the design and layout of your site. It's
a very easy on the eyes which makes it much more pleasant for me to
come here and visit more often.
Did you hire out a developer to create your
theme? Great work!

I visited many sites but the audio quality for audio songs present at this web site is really marvelous.