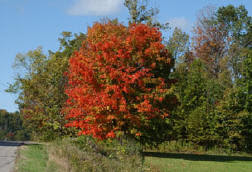 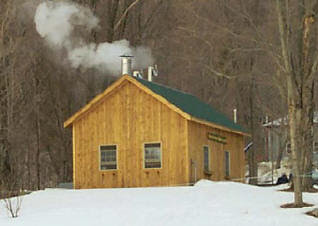 40 is the magic number for Maple Syrup in Vermont, the largest producer, with about 40 percent of the worlds maple syrup production. It is my kids favourite sugar based product. It takes about 40 years to get a tree ready to tap and it takes 40 gallons of sap to produce one gallon of maple syrup and the temperature range has to go from freezing to around 40 degrees fahrenheit, to get the sap moving.

In one of my previous lives I used to go to Vermont regularly, despite the 10 to 12 hour drive, to see the relatives. In spring they always had a temporary sugar house where they would boil up the sap to make maple syrup. In fall, the maple trees were a glorious red.

I read a funny article once, where Vermont Maple Syrup growers were asked to sample the new California Maple Syrup. They gave it a universal thumbs down. Turns out it was a gag, since weather conditions don't permit maple syrup production, and they were actually sampling Vermont Maple Syrup.

I like it on porridge personally.
hand crafted by Colin Campbell at 6:03 am