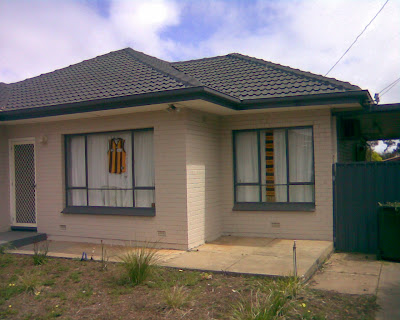 A satisfied Hawthorn supporter in my neighbourhood this morning. Yesterday's win was the first time a Melbourne based team has won the Premiership Trophy and the first all Victorian final since 2000.

We will never hear the end of it now.

That said, their major sponsor is the Tasmanian Government and they play games there every year.
hand crafted by Colin Campbell at 12:52 pm