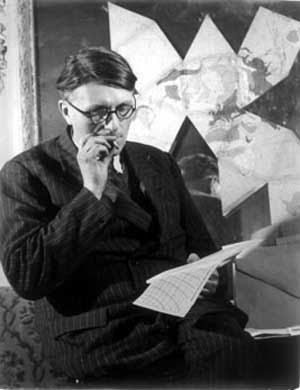 One of the best sections of the UK papers, especially snootier ones like the Telegraph is the Obituary Section. I used to read it every day, marvelling at the lives of some of the noteables that made it into this section.

Tom Paine profiles Joseph Needham, who must have been an interesting one to write.

He was a nudist, a Morris Dancer, a pre-hippy proponent of free love and "open marriage" and an uncritical supporter of every left-wing cause. As Master of Gonville & Caius College, he once passed a note out of the window of his office to the '68ers "sitting-in" outside, in which he simply said that he agreed with all their aims. He was also a close friend of Zhou Enlai and an acquaintance and admirer of history's greatest mass-murderer, Mao Zedung. Politically, the man was a startling idiot - a total naif. Yet he was also an undoubted genius.

His impact on delaying global warming is well documented.

Needham told me a wonderful anecdote about Mao Tse-tung. Mao asked him round one time in Peking and said he wanted Needham's advice about something urgent. Mao said he could not decide whether he should allow "his people" to have cars or whether he should make them stay on bicycles. What did Joseph think: which should it be? Mao couldn't think of any other Westerner with experience of cars to ask.

Joseph, who at home cycled all round Cambridge like a proper don, innocently remarked that he used a bicycle himself and found it very satisfactory. "Fine," said Mao, "then we'll stick with bicycles." The greenhouse effect was probably delayed by decades.

And don't try this in bed.

Joseph was the only person I have met who had a genuinely photographic memory. The perfect illustration of this is an astonishing story told to me by Peter Mitchell, the Nobel Laureate in Chemistry, who knew the Needhams well in the 1950s: "Doffy {Needham's first wife, Dorothy} told me one day that Joseph had a new hobby. He used to lie in bed in the mornings correcting his proofs {of Science and Civilisation in China} in his head. But he got tired of that, so now he lies in bed translating them into French first and then correcting them."

They just don't make em like this any more.

hand crafted by Colin Campbell at 7:42 am

He would have been a riot at a dinner party!
Absolute hoot :)

HG Wells was an even more pre-hippy proponent of free love too.^_^

"That's a great post. Here's a website on developing
photographic memory. Check out the tips that they offer. They worked pretty well for me. It's at http://www.photographic-memory.org"