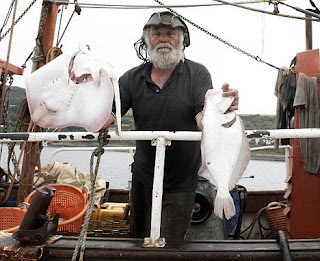 Harry Haddock picks up on the nutty EU Fishing Policy where dead fish have to be jettisoned in a world without enough food. This policy reminded me of this courtesy of fellow EU Lover Big Rab.

CONGRATULATIONS TO ALL THE KIDS WHO WERE BORN IN THE
40’s, 50’s, 60’s and 70’s !!
First, we survived being born to mothers who smoked and/or drank while they carried us and lived in houses made of asbestos.
They took aspirin, ate blue cheese, tuna from a can, and didn’t get tested for diabetes or cervical cancer.
Then after that trauma, our cots were covered with bright coloured lead-based paints.
We had no childproof lids on medicine bottles, doors or cabinets and when we rode our bikes, we had no helmets or shoes, not to mention, the risks some of us took hitchhiking.
As children, we would ride in cars with no seat belts or air bags.
We drank water from the garden hose and NOT from a bottle.
Take away food was limited to fish and chips, no pizza shops, McDonalds, KFC, or Subway
Even though all the shops closed at 6.00pm and didn’t open on the weekends, somehow we didn’t starve to death!
We shared one soft drink with four friends, from one bottle and NO ONE actually died from this.
We could collect old drink bottles and cash them in at the corner store and buy Basookas, mojos and blackjacks and some fireworks to blow up frogs and lizards with.
We ate cupcakes, white bread and real butter and drank soft drinks with sugar in it, but we weren’t overweight because……
WE WERE ALWAYS OUTSIDE PLAYING!!
We would leave home in the morning and play all day, as long as we were back when the streetlights came on.
No one was able to reach us all day. And we were O.K.
We would spend hours building our go-carts out of scraps and then ride down the hill, only to find out we forgot the brakes. We built tree houses and dens and played in muddy fields with matchbox cars.
We did not have Playstations, Nintendo’s, X-boxes, no video games at all, no 99 channels on cable, no video tape or DVD movies, no surround sound, no mobile phones, no personal computers, no Internet or Internet chat rooms……….WE HAD FRIENDS and we went outside and found them!
We fell out of trees, got cut, broke bones and teeth and there were no Lawsuits from these accidents.
Only girls had pierced ears!
We ate worms and mud pies made from dirt, and the worms did not live in us forever.
You could only buy Easter Eggs and Hot Cross buns at Easter time…….no really!
We were given air guns and catapults for our 10th birthdays,
We drank milk laced with Strontium 90 from cows that had eaten grass covered in nuclear fallout from the atomic testing.
We rode bikes or walked to a friend’s house and knocked on the door or rang the bell, or just yelled for them!
Mum didn’t have to go to work to help dad make ends meet!
Footy had tryouts and not everyone made the team. Those who didn’t had to learn to deal with disappointment. Imagine that!!
Our teachers used to belt us with big sticks and leather straps and bullies always ruled the playground at school.
The idea of a parent bailing us out if we broke the law was unheard of. They actually sided with the law!
Our parents got married before they had children and didn’t invent stupid names for their kids like ‘Kiora’ and ‘Blade’…..
This generation has produced some of the best risk-takers, problem solvers and inventors ever!
The past 60 years have been an explosion of innovation and new ideas.
We had freedom, failure, success and responsibility, and we learned
You might want to share this with others who have had the luck to grow up as kids, before the lawyers and the government regulated our lives for our own good.
And while you are at it, forward it to your kids so they will know how brave their parents were.
Kind of makes you want to run through the house with scissors, doesn’t it?!

I could add to that list. One of the things that I notice when I take Hannah to visit her friends is how few books are around. Lots of electronic gizmos, but no books. I can remember a friends essay about the future where he made the case for humans evolving without legs. It seems that we will be evolving without parts of our brains. Dumb and dumber will be the wave of the future. The part that deals with making our own decisions and charting our own course. Everything that could be a worry or concern will be illegal or heavily regulated.

Imagine a generation of kids who imagined that fish is fish fingers and chicken is what you get in McNuggets. We are not so far away already. I wonder how many of this generation have seen a bird being plucked or a fish being gutted and prepared in their own home. Ready to Eat Meal Packs here we come. Why not just intravenous feeding from birth and an internet implant for education. That would save a lot of time and money on school and university.

And what would Harry Haddock say? Something like this I think.

And on the EU, it seems like it is an institution that needs to blown up and disinvented, rather like the White Elephant in France.

hand crafted by Colin Campbell at 7:38 am

Ha, I liked this one. Obviously, a few things have changed for the better (no more strontium laced milk I hope!), but overall I think most kids simply don't get the freedom and fun we had, and I wanted the children to have a similar experience. My family could be seen as a bit old-fashioned, I guess. The kids spend a lot of time outside, riding bikes, climbing trees or mucking about in one of the tree house structures they built with their Dad. Plenty of books to read, too, and strictly limited computer time! And I decided to stay at home with the children, not missing work even though finances are tight and we scrimp along sometimes.

Great plan Chervil. We did this when the kids were younger. We took turns. Great years and great memories. I take them to school and pick them up. The best part are the improvised activities like going to the beach, climbing trees, whatever.

I am not really pining for the days of my childhood and you are right there were many negatives, but the hypervigilence that has been thrust on this generation of parents will have consequences well into the future. Not sure we have many choices.

I took public transport to school every day of my career. I can envisage dropping off and picking up my kids for many years to come.

How did we survive all that stuff? Actually it was pretty easy. Only the fit survived. Heh.

It was like a quote I saw yesterday and I can't remember it very clearly, but it was along the lines of you only think you know everything when you are a kid. Too young to know better and too young to care.

What a responsibility adults have.

I was born in the early 50's and I remember spending a lot of my childhood wandering. Wandering home from school, wandering about town, wandering up and down the beach. And reading. Hours and hours of reading. Great times.

I've always said it is amazing that any child survives to adulthood, then or now.

My brother and I used to go out in the bush to shoot at snakes and tin cans with his 22 rifle when we were young teenagers.

We had no books in my house growing up because my parents weren't readers but somehow I acquired the habit thank goodness. Maybe that explains why I now own thousands of them. My deprived childhood.

One of our favourites was to light bonfires and light up aerosol cans until they were empty doing fire breathing and then putting them on the fire until they exploded. I would freak out if my kids did that.

Hi there everyone, it's my first visit at this site, and paragraph is in fact fruitful in support of me, keep up posting such articles.

Howdy! You some kind of professional? Nice message. Are you able to tell me find out how to subscribe
your blog?

Review my web page :: why am i not getting pregnant

Hi there great website! Does running a blog like this require a lot of work?
I've very little knowledge of programming but I was hoping to start my own blog in the near future. Anyway, if you have any recommendations or techniques for new blog owners please share. I understand this is off subject nevertheless I just had to ask. Appreciate it!

Take a look at my homepage ... retro cartoon t-shirts

Hey! Do you use Twitter? I'd like to follow you if that would be okay. I'm absolutely enjoying your
blog and look forward to new posts.

Hello are using Wordpress for your site platform? I'm new to the blog world but I'm trying to get started and set up my
own. Do you need any coding expertise to make your own blog?
Any help would be greatly appreciated!

Hello there! This is my first visit to your blog! We are a team of volunteers
and starting a new initiative in a community in the same niche.
Your blog provided us beneficial information to work on.
You have done a extraordinary job!

Unfortunately the kids of today would rather stay indoors rather than be outside.

It's a real shame because there are so many life experiences to be had but instead they would rather play video games instead.

A study was done recently which showed that aussie children are far behind the ranks compared to other countries and the number of kids that play outdoors.